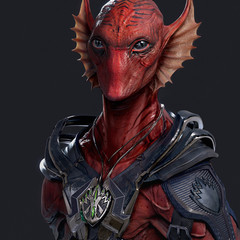 I am a concept designer, illustrator and art director working in the entertainment industry for over 15 years. My passion is helping directors and creators bring their visions to life from pitch to completion ,specializing in film and tv.

Specializing in Film/Television and gaming. Working with Directors, producers and production designers to bring their visions to life in a variety of formats.

Previously I was one of the Lead Character Designers at Legacy Effects (formerly Stan Winston Studios) for over 6 years, focusing on character design and digital sculpting/modeling as well as extensive knowledge of 3d printing and costume building. With a focus on real world builds, but working closely with visual effect houses, I have had a hand in everything from giant puppets and make up jobs to completely computer generated characters.

Fortunately, I’ve been able to live my childhood dream of having a successful career in creating monsters, super heroes and fantastic new worlds.